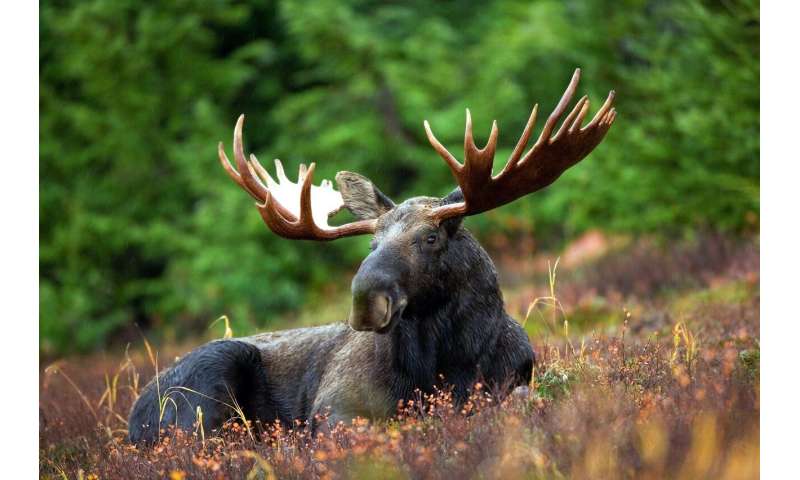 Minnesota and Midwestern moose will not be listed as a federally endangered species, putting to bed a petition that’s been under review for five years.

The U.S. Fish and Wildlife Service ruled Tuesday that there was little that differentiates the moose that have been struggling in Minnesota – the northwestern subspecies of moose – and those of the same subspecies that have been faring relatively well just across the border in Canada.

Because the agency found that there were no significant differences between the U.S. and Canadian moose populations, either in biology or in the way the animals are managed, the subspecies “is not a listable entity,” it ruled.

The FWS decision does not mention the health of Minnesota’s moose population or the threats it is facing. At issue is whether the state’s population, which plunged by 60% since 2006, is legally “discrete” from the healthy Canadian population.

“We’re disappointed in the ruling and we definitely disagree,” said Collette Adkins, a spokeswoman for the Center for Biological Diversity, the group that petitioned to have the moose listed.

The group is deciding whether to appeal the decision or to file a new petition with more of a focus on the differences between U.S. and Canadian moose, Adkins said.

The listing as an endangered species would have bolstered a number of protections for moose in the state, making it harder, if not impossible, for a hunting season to return. It also would have added additional layers of scrutiny and review for any development in moose habitats.

“Now it’s going to be a lot harder to ensure that things like mines and other habitat destroying projects don’t go forward without protections for moose in place,” Adkins said.

While the decision means that moose won’t gain any new federal protections, Minnesota regulations will remain. The state ended its limited hunting season in 2013, as a drastic drop in the number of moose in the state was becoming clear.

The population has not recovered, but it also hasn’t gotten worse, holding stable at between 3,000 and 4,000 animals ever since. Lawmakers have prioritized funding from an environmental trust in recent years to speed up research into what caused the drop and how to start the recovery of one of the state’s most cherished animals.

Researchers from the Minnesota Department of Natural Resources, the University of Minnesota and other agencies and schools are trying to find ways to enhance or save habitats that may slow a slug that has been spreading a deadly parasitic brainworm, and whether unlikely sources such as beavers help moose avoid predation from wolves, among other projects.

The petition would have listed the subspecies of moose as endangered in Minnesota, Wisconsin, North Dakota and in Michigan’s Upper Peninsula. North Dakota’s Game and Fish Department, which oversees a moose hunting season, argued against the listing, saying that numbers have been stable in the state for years without wolves or black bears to thin the herd. The Wisconsin and Michigan Departments of Natural Resources argued that the few moose hanging on in those two states are more likely of an eastern subspecies from Ontario than the northwestern subspecies found in Minnesota.