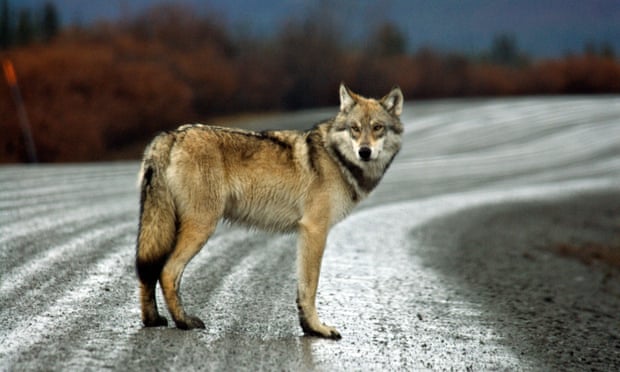 An undercover investigation has brought to light the disturbing nature of wildlife killing contests in Oregon, but the state could soon make these events a thing of the past.

In this case, investigators for The Humane Society of the United States (HSUS) went undercover at the weigh-in for the “Young Farmers & Ranchers First Annual Coyote Hunt,” where teams competed to kill as many coyotes as possible anywhere in the state, while the team with the greatest total weight of all coyotes killed would win.

According to the HSUS, contestants were laughing and joking about their kills as bodies were unloaded and moved to be weighed, while “One participant remarked that the snow covering the ground made it easier to track and kill the coyotes, and another pointed out, to laughter, “this one here got gut shot.”

The investigators were told that the coyotes killed would be going to a fur buyer, but that couldn’t be confirmed, and at most of these events the bodies of animals killed are thrown away like nothing more than trash.

Unfortunately, contests like these, which are also known as drives, tournaments or derbies, that reward people of all ages with cash prizes and weapons for killing the biggest andmost animals continue to take place across the country.

While these competitions are often held under the guise of wildlife management, or predator control, wildlife advocates and scientists continue to argue that they’re not only cruel and wasteful but counter to the goal of reducing conflicts. They also ignore the valuable role that predators play in healthy ecosystems.

Sadly, this isn’t the first investigation into these events that have offered us a glimpse into the dangerous and indifferent attitudes they promote towards wildlife that have also made it clear these events are being held for for amusement and personal gain.

Thankfully progress is being made towards ending them. Following a victory in California in 2014, Vermont became the second state in the nation to ban them last year, and now animal advocates hope Oregon will be next to take action.

Lawmakers in in the state have introduced a bill (SB 723), that will finally ban these sickening and archaic contests throughout Oregon.

The bill would prohibit people from “organizing, sponsoring, promoting, conducting or participating in contest, competition, tournament or derby that has objective of taking wildlife for prizes or other inducement or for entertainment,” while participants would face jail time of up to 364 days and a fine of up to $6,250.

Hopefully this bill will garner enough support to pass quickly, making Oregon the next to take a stand against these types of contests.

You can help by signing and sharing the petition calling on lawmakers in Oregon to ban these contests and instead promote coexistence with the wildlife we share our landscape with.

We invite you to share your opinion whether legislation should be passed to ban wildlife killing contests? Please vote and leave your comments at the bottom of this page.