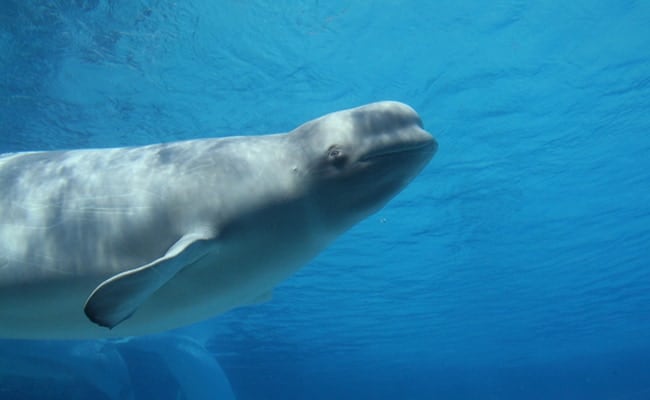 In another tragedy for captive belugas, a newborn calf has died mysteriously at SeaWorld Orlando.

Earlier this year, SeaWorld confirmed that Whisper, a 17-year-old beluga who has been in Orlando since 2010, was expecting and due to give birth this summer. Unfortunately, the newborn didn’t survive long after birth.

SeaWorld wrote in an update, “Unfortunately the unusually weak calf surfaced only briefly before sinking to the bottom of the pool. The animal care and veterinary teams reacted quickly and were able to reach the calf and begin emergency care. Despite their best efforts and expertise, we are saddened to confirm that the calf did not survive.”

Unfortunately, the latest death is one among a string of heartbreaking losses for belugas in captivity, but more concerning is that it’s not very surprising. Although SeaWorld added that a full exam and lab testing would be conducted to better understand why the calf died, others have already made it clear that these deaths are no mystery – it’s already well-known that belugas don’t thrive or breed well in captivity.

While orcas have taken center stage in the debate about captive cetaceans and efforts to end their confinement, there are far fewer of them languishing in tanks around the world than there are belugas, and other types of whales and dolphins, who are equally deserving of attention. According to Whale and Dolphin Conservation, there are nearly 600 other whales and dolphins currently being held in tanks in North America alone.

SeaWorld, for its part, has committed to stop breeding orcas, but it has yet to make any kind of similar commitment for belugas, or other cetaceans, and other facilities continue to attempt to breed them for no other reason than keeping a captive population in existence. More concerning is that they’re still being subjected to captures in the wild.

Just last week, the Georgia Aquarium announced that one of its belugas, Qinu, is now pregnant with her first calf and is expected to give birth next fall. Although it has committed to not taking any more belugas from the wild, following a lengthy legal battle, its continued attempts to breed them in captivity have only ended in untimely deaths.

Sadly, according to Ceta Base, there are now four expecting beluga mothers in North America, with the other three being at Marineland in Canada. It will be sad, but no less surprising than this latest loss if more death announcements continue to follow their births.

It’s painfully obvious that the answer isn’t to try harder, but that it’s time to phase out these exhibits entirely and stop keeping these intelligent, social and complex animals in captivity. Hopefully as more people are made aware of the harm this industry causes, more exhibits will close and education and conservation efforts will be focused where they belong – on cetaceans in the wild.

We invite you to share your opinion whether the keeping of whales and dolphins in captivity should be banned? Please vote and leave your comments at the bottom of this page.