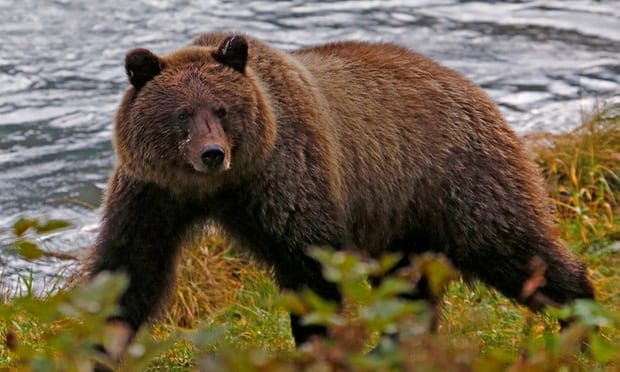 The Trump administration is attempting to repeal a rule that bans the shooting of bear cubs, use of dogs and bait to hunt bears, and killing caribou from motorboats in Alaska’s federal wildlife refuges.

The proposal would scrap a 2015 regulation by the National Park Service that restricts controversial hunting and trapping practices on about 20m acres of federal land in Alaska.

Under the rule, hunters cannot target female bears with cubs, nor the cubs themselves. They are also prohibited from killing wolves and coyotes during the summer denning season, shooting caribou while the animals swim, or shooting at caribou from a motorboat.

Using dogs or artificial lights to find bears, or luring bears with bait – doughnuts have previously been used for this purpose – is also ruled out.

The Trump administration has taken a different view, with the proposed repeal stating the rule is “inconsistent” with Alaska’s state-level hunting regulations, which have been geared around the contentious idea that culling bears and wolves will increase the number of caribou available to hunters.

The Alaska state government and the state’s congressman Don Young, who has said he was once paid to kill wolves in their dens, have strongly opposed the federal rule, with Young claiming it “destroys a cooperative relationship between Alaska and the federal government”.

Conservation groups have reacted in horror, however. “If the administration has its way, it will be perfectly legal for sport hunters to lure bears with greased doughnut bait piles to kill them,” said Theresa Pierno, president of the National Parks Conservation Association. “Or to crawl into bear dens to kill hibernating females and their cubs. This activity is cruel and has no place on America’s national park lands.”

If the administration has its way, it will be legal for hunters to lure bears with greased doughnut bait piles to kill them

Jamie Rappaport Clark, chief executive of Defenders of Wildlife, added: “The Trump administration has somehow reached a new low in protecting wildlife. Allowing the killing of bear cubs and wolf pups in their dens is barbaric.”

Last year, Congress and Trump approved a measure to jettison an Obama-era rule that curbed most hunting for large predators in Alaska’s national wildlife preserves.

The Department of Interior, of which the National Park Service is a part, has aggressively pushed for expanded hunting rights on federal land, with the interior secretary, Ryan Zinke, last year signing a pair of orders to this end.

“Interior is committed to opening access wherever possible for hunting and fishing so that more families have the opportunity to pass down this American heritage,” said Zinke on Monday, as he announced a further initiative to widen hunting access.

Zinke has worked to cultivate an image of a rugged outdoorsman – despite occasional confusion over how to fish correctly – and has developed a penchant for first class travel and ceremonies akin to a monarch, such as raising a personal flag over his department’s headquarters whenever he is in the building.

The repeal of the hunting rule will now enter a 60-day period for public comment.

This article was first published by The Guardian on 22 May 2018.

We invite you to share your opinion whether Trump should be allowed to scrap hunting rules in Alaska? Please vote and leave your comments at the bottom of this page.