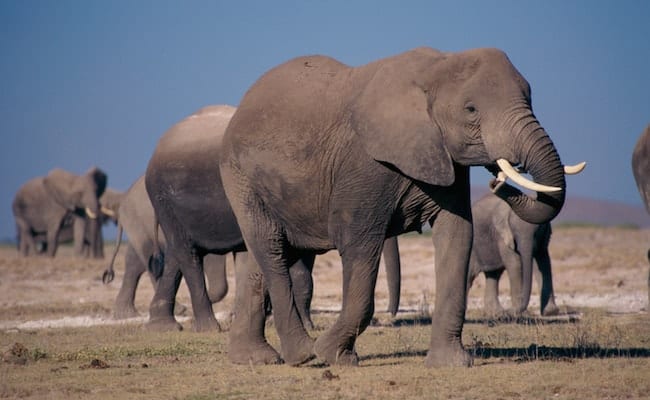 When you think of ways the White House could, in fact, “make America great again,” allowing big game hunters to bring elephant heads back into the country is probably nowhere on that list. Nevertheless, the Trump administration has just announced that it will get rid of restrictions that prevented hunters from doing just that.

A few years ago, the Obama administration instituted a policy that forbids hunters from bringing back “trophies” (an unfortunate way to label animal body parts) from Zimbabwe and Zambia.

Those two countries were singled out for offering no proof that money spent on hunting threatened animals was being applied to conservation efforts.

Although the U.S. Fish and Wildlife Service has offered no reason to suggest that the situation in these African nations has been fixed – the data actually shows the elephant population has decreased by 6 percent in recent years – a statement from the agency declared, “Legal, well-regulated sport hunting as part of a sound management program can benefit the conservation of certain species by providing incentives to local communities to conserve the species and by putting much-needed revenue back into conservation.”

Previously, Care2 has poked plenty of holes in the argument that trophy hunts are necessary to raise money for conservation. Plus, there’s evidence that a lot of the funds that are supposed to go toward animal causes don’t reach the intended targets. The bottom line is that there has got to be a better way to save endangered species that doesn’t involve letting rich people kill them.

For that reason, the U.S. would be wise to expand the ban on trophy imports rather than tossing it out entirely. Alas, this move seems to be part of Secretary of the Interior Ryan Zinke’s larger plan to deregulate hunting of all kinds. “Some of my best memories are hunting and fishing with my dad and granddad, and then later teaching my own kids to hunt and fish,” Zinke said a couple of months ago.

Okay, but is it really a bonding experience for families to trek to Africa to shoot rare and majestic creatures and then mount the heads on their walls as décor? Unfortunately, I know how Donald Trump’s own sons would respond to that. There’s plenty of photographic evidence of their safari killing sprees; the Trump clan’s penchant for big game hunting could be a motivating factor for this latest White House decision.

Obviously, this step by the White House has not pleased conservationist groups. Upon hearing the news, The Elephant Project, a non-profit dedicated to protecting elephants, wrote, “Reprehensible behavior by the Trump Admin. 100 elephants a day are already killed. This will lead to more poaching.”

That’s precisely why the Care2 community is coming together in an effort to reinstate the elephant trophy import ban. With 83 percent of Americans supporting this ban, surely we can get a lot of signatures on a petition looking for legislation to protect these vulnerable elephants.

Rather than addressing the petition to Trump, who has a terrible track record with animals and the environment, the petition is directed at U.S. Representative Raul Grijalva. That’s not because he supports Trump’s reversal, but because he’s one of the best proponents of animal welfare in all of Congress.

In the petition, we’re asking him to introduce legislation that will put the trophy ban back into effect ASAP. Let’s demand that Congress to override the Trump administration’s callousness to elephants. We don’t need elephant heads and tusks on our walls.

We invite you to share your opinion whether Trump’s elephant trophy hunting plan should be stopped? Please vote and leave your comments at the bottom of this page.