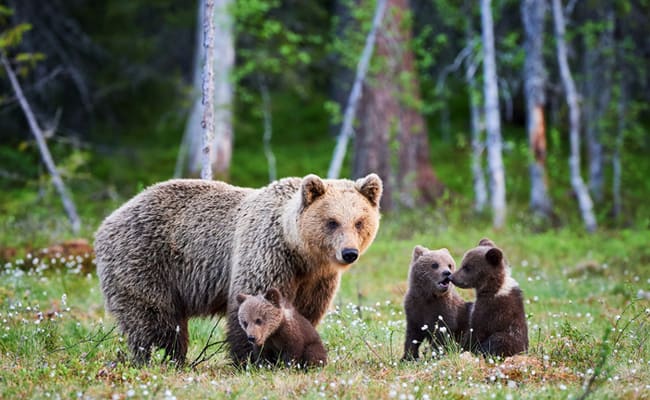 It’s been less than a year since Yellowstone’s iconic grizzlies were prematurely stripped of federal protection, and Wyoming’s already trying to open the door to allow trophy hunting for the first time in four decades under a new proposal.

There was once estimated to be 50,000 grizzly bears in the U.S., but by 1975, there were only 136 left in the Greater Yellowstone Ecosystem (GYE), which includes parts of northwestern Wyoming, southwestern Montana and eastern Idaho.

They were protected under the Endangered Species Act that year and have slowly started to recover, but even with protection they still occupy less than four percent of their historic range.

While their numbers are still low, federal protection did help their population grow in the GYE, and their presence has drawn millions of people to the area every year who want to experience seeing them in the wild in one of the few places they now exist in the lower 48.

Despite the threats they face and the fact that their population has declined over the past two years, these grizzlies were dealt a major blow in June when it was announced that they were recovered and they were subsequently stripped of that much-needed protection.

Conservationists argued that the delisting wasn’t based on the best available science,and warned that grizzlies are still endangered and face a host of threats. Conservationists also said that turning management over to the states would open the door to trophy hunting, which would further threaten their chances for survival.

While some groups have taken the government to court to restore protection, less than a year later, Wyoming wants to open a hunting season for them.

The Wyoming Game and Fish Department has released a new draft regulation that would allow the killing of up to 24 grizzly bears, including 10 males and two females in the GYE, in addition to another 12 of either sex outside the monitoring area.

“This draft was shaped by public input we received this fall and winter and the best available science. It contains proposed regulations that would ensure Wyoming will meet its commitment to manage for a healthy and viable population of grizzly bears inside the demographic monitoring area in northwest Wyoming,” said Brian Nesvik the Wyoming Game and Fish Department’s chief game warden and chief of the wildlife division.

Conservationists, however, are opposing the proposal, arguing that allowing trophy hunting will only hurt their chances of survival even more. They also worry that grizzlies who wander past arbitrary boundaries of Yellowstone and Grand Teton National Park are at immediate risk of being killed.

“Yellowstone’s amazing grizzly bears are loved by people around the world, and they deserve a real shot at survival,” said Andrea Santarsiere, a senior attorney at the Center for Biological Diversity. “It’s horrific that Wyoming doesn’t see the intrinsic value that these bears bring to the state’s landscape.”

Wildlife officials should instead be focused on promoting coexistence with grizzlies, who are inherently valuable and are worth far more alive to the state than dead.

The Wyoming Game and Fish Department will be holding a series of public meetings on the matter through April, and will be accepting public comments until April 30.

Please sign and share the petition asking the Wyoming Game and Fish Department not to allow hunting of grizzly bears.

We invite you to share your opinion whether Wyoming should abandon its plans for a Grizzly Bear trophy hunt? Please vote and leave your comments at the bottom of this page.