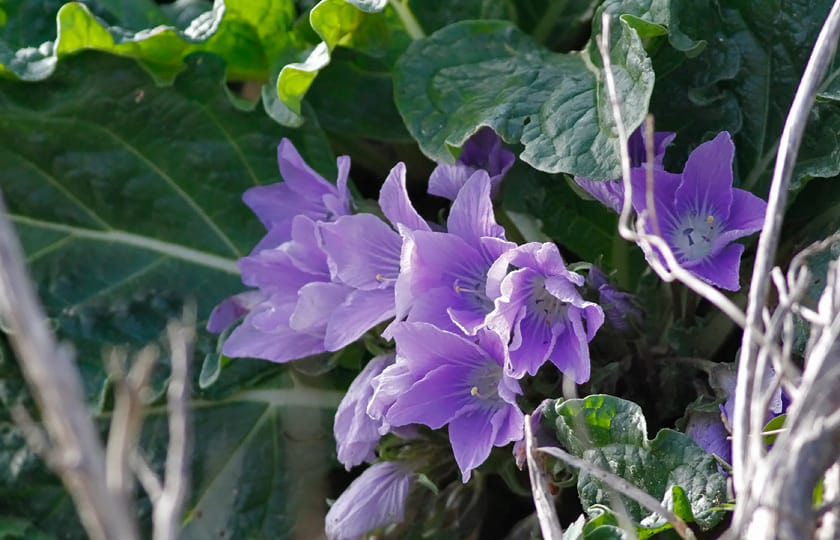 The last week has been pretty good bird-wise. The weather, as predicted let loose an enormous amount of water in Cadiz province just as I was returning from Eastern Germany & Poland.

My flight from Berlin to Barcelona was delayed while they found a slot around more autumnal storms that were creeping up from the southern Atlantic and Mediterranean areas.

When I finally got on the flight from Barcelona to Seville the storm down our way was pretty bad.

Around 2am I was passing La Barca de Vejer and was slowly driving through the flooding and damage which was pretty extensive.

I had been away for less than a week and in the next morning you could see that the rainwater and had changed the colour of the landscape and that Andalucía was once again rich green. During the following daylight hours we found some lovely flowering plants and migrating birds.

During two days I showed Joanna, from Washington DC and Carmen from Sevilla some of the delights of the coastline of The Strait of Gibraltar and the Alcornocales. A few Monarch butterflies were around some of the Milkweed plants and close by we were attracted by Griffon Vultures flying in to feed on a dead cow carcass. It’s always a wonderful sight to see, even although it looks, sounds and smells a bit chaotic.

The Common Cranes had arrived in Cadiz province and by the 28th of November hundreds of birds were here with more and more flying in to join the others already feeding on the remnants of the harvested rice, maize and sunflower fields.

I had a lovely half-day tour with the Riddell-Pitt’s-Brown’s family from New Zealand and travelling through Barbate, La Janda and Benalup we managed to see lots of close views of rare and commoner birds, plants and flowers and other wildlife including Egyptian Mongoose. They have their own blog about their travels and posted an article about their time with me here.

I had a great day out with Paco and Pilar from Madrid. They were showing Nito Paniagua, a guide from Costa Rica who has his own company there, the delights of Spanish birding and had booked Andalucian Guides for a few days. All three were great company and we saw a lot of birds including the Northern Bald Ibis, Purple Herons and Spanish Imperial Eagle. Other birds included Sparrowhawk, Black-winged Kite , Griffon Vulture, Booted and Short-toed Eagles, Hen, Marsh and one distant Pallid Harrier. Black Stork was also picked up by sharp-eyed Nito and Pilar spotted four Short-eared Owls. Thanks for your appreciative good company and sharp eyes!

Here’s another chance to see the ID points of juvenile Pallid Harriers. These photos were taken of a Pallid that Andy Paterson and myself found earlier this year at La Janda.

There was also a goodcomparative photo ID and article on Juvenile Harriers by Andy Stoddart in the October issue of Birdwatch Magazine. I contributed with some of my Montagu’s Harrier photos on this six page article.

It’s always great to see Short-eared Owls and the sight of these lovely creatures hunting in La Janda is fascinating to witness. I just hope that many will stop here for winter but as always these nomads depend on vole populations which are often themselves dominated by weather conditions. Last winter was dry and so far we’ve had a really wet autumn. Let’s wait and see what happens this winter.

Rice harvest. I put the speed of this shot to 1/8000th of a second to see if I could freeze the rice grains coming out of the combine harvester.

Barbate cliffs, the start of The Strait. Patty and I did a lovely walk from Barbate to Los Caños de Meca with with Liz and Keith from the UK. They had been with mebefore some years back for a day’s birding and for the walk weorganized a vehicle at the other end of this fabulous stretch of coastline.

If you haven’t done this walk before then we canthoroughly recommend it. Start in the morning from Barbate and you’ll have the sun on your back as you walk. If you need aguidedtour then Patty will show you this and many other routes filled with birds, plants and stunning scenery. Morning walksdetails can be found here.