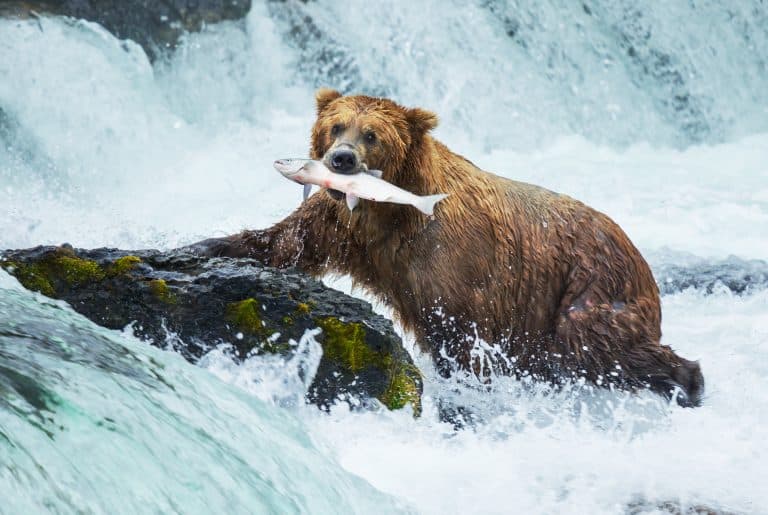 A new report from the U.S. Fish and Wildlife Service (USFWS) is recommending continuing the protected status of grizzly bears in the lower-48 states.

The bear is currently listed as threatened under the Endangered Species Act.

While bear populations have recovered, following the completion of a five-year status review, the agency recommends keeping the bears on the list to continue a robust level of protection.

According to the Humane Society of the United States (HSUS), fewer than 1,800 bears remain in the lower 48 states.

They occupy less than 2% of their original range and came back from the brink of extinction.

Some advocates say the USFWS should have included information on reintroducing bears to former habitat areas where they no longer live.

Andrea Zaccardi, a senior attorney at the Center for Biological Diversity said of the grizzly bears status, “We’re going to keep pushing for a more comprehensive federal strategy, so that the grizzly bears can once again roam wild places like the North Cascades and other areas of their historical range.”