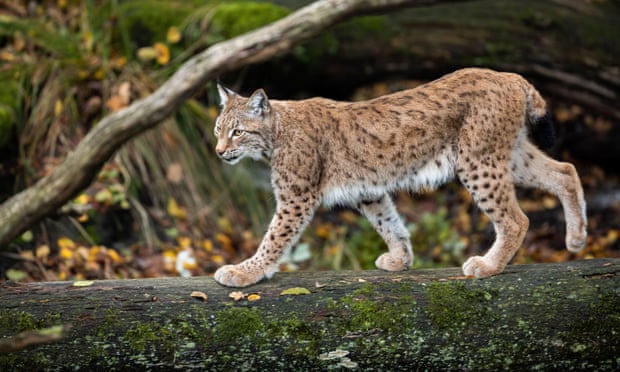 A consortium of conservationists that hopes to release wild lynx into the Scottish Highlands has launched a year-long study to see whether the public supports their reintroduction.

The study, part-funded by two billionaire Danish estate owners in the Highlands, Anders Povlsen and Lisbet Rausing, will test whether farmers, landowners and rural communities will agree to a pilot project in a remote area of Scotland.

The lynx, Europe’s largest native cat, became extinct in northern Britain more than 500 years ago through habitat loss, hunting and persecution, but proposals by other rewilding advocates to reintroduce the species into the UK have foundered.

Conservationists believe the new project, run by the Vincent Wildlife Trust and Trees for Life, alongside campaigners at Scotland: The Big Picture, has a significant chance of success.

Pete Cairns, the director of Scotland: The Big Picture, said: “Our role is to get the process moving, to pick up the baton in a meaningful way. There have been several studies to assess the ecological feasibility of bringing back lynx; that’s the easy bit in many ways.

“The question with a large predator is less about science and more about people’s attitudes, beliefs and priorities. A prerequisite for any discussion over lynx is we need to know the Scottish public are in support of this and would tolerate this.”

The scheme faces heavy opposition from Scottish farmers, who cite the loss of about 20,000 sheep in Norway to its native predators, the wolverine, lynx, bear and wolf. The National Farmers Union of Scotland (NFUS) said lynx were blamed for a fifth of those losses.

Martin Kennedy, the deputy vice-president of the NFUS, said: “Predation in Norway has reduced over the past decade – not because of fewer predators, but the fact that hill farmers have simply stopped keeping sheep.

“The Norwegians told us that to reintroduce predators into our country would be an absolute catastrophe. Their experience has simply strengthened our resolve.”

It is thought that if the survey and engagement campaign, called Lynx for Scotland, succeeds in providing enough public support, an application for a licence to release the first of up to 40 lynx into the wild could be made in about five years.

A cluster of densely forested Highland estates in the Cairngorms, including estates owned by Povlsen and the Royal Society for the Protection of Birds reserve at Abernethy, are seen as the most likely sites for a pilot project.

The lynx would be tagged and closely monitored, mirroring a long-running official programme to reintroduce families of beavers in Scotland at Knapdale forest in Argyll, which began in 2009 despite vocal opposition by some local landowners.

Cairns said the partnership was not considering a licence application at this stage. “After 12 or 14 months, it may be that the evidence suggests the Scottish public isn’t yet ready for lynx. In which case we have to walk away from it,” Cairns said.

There are fears that rewilding activists could attempt to release lynx in Scotland unlawfully unless an official scheme gathers momentum.

The Knapdale beaver project was quickly overshadowed by a bitter row with farmers in Tayside about the rapid spread of beavers released illegally or accidentally in the area. Almost 90 beavers were shot under licence in the first eight months of licensed culling in 2019, with many others secretly killed.

The most significant hurdle facing a lynx reintroduction programme is meeting strict environmental and policy tests laid down by NatureScot, the government conservation agency, and the International Union for the Conservation of Nature.

The agency’s rules require licence applicants to prove the new species can survive naturally but its release also avoid conflicts with local land users, such as sheep or chicken farmers, by causing “unacceptable harm to people’s wellbeing, livelihoods and recreational activities”.

Dr Fraser MacDonald, a geographer at the University of Edinburgh who specialises in land use and population, said the lynx project had to allay fears it was promoting an elitist concept of rewilding, driven by the interests of powerful landowners.

“If ecological restoration is to succeed – to survive as more than a laird’s whim in 2021 – then it has to build support from precisely those communities who are likely to be affected,” Macdonald said. “Its implications are so far-reaching that it requires much greater democratic scrutiny.”

This article was first published by The Guardian on 20 January 2021. Lead Image: A lynx in France. Europe’s largest native cat became extinct in northern Britain more than 500 years ago through habitat loss, hunting and persecution. Photograph: Frenchwildlifephotographer/Alamy Stock Photo.