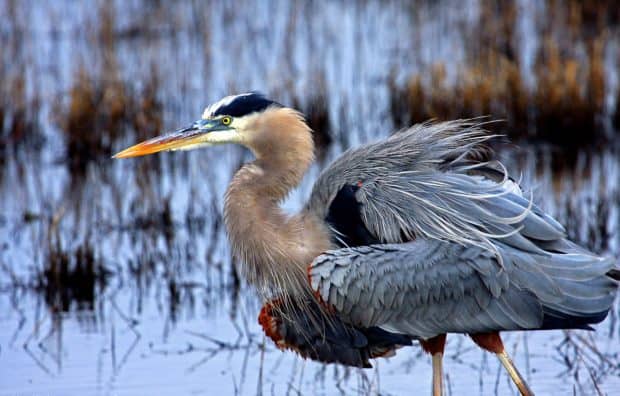 This is for the birds. One of America’s oldest conservation laws and wildlife successes is under attack. Passed during the Woodrow Wilson administration in 1918, the Migratory Bird Treaty Act was passed as a result of dramatic declines in American bird populations. Realizing the need for broad protection, Congress made it:

This clear mandate has been used for over a century to protect migratory birds from direct and purposeful unpermitted killings, as well as from foreseeable death or injury from industrial activities like uncovered oil waste pits, power lines, and wind turbines.

It was the Migratory Bird Treaty Act that secured millions of dollars of penalties used for wildlife recovery after the horrible Exxon Valdez and BP Oil Spill in the Gulf of Mexico that killed or injured countless birds.

With the stroke of pen, the Department of Interior has gutted this century old law. In its memo, Interior erased decades-old, bi-partisan interpretation of this law by determining that it will no longer interpret the law as applying to “incidental” takes – a type of harm to birds best exemplified by the BP oil spill, that was foreseeable and could have been prevented.

This opinion is so outrageous — and so contrary to the clear language of the act that prohibits killing “by any means or in any manner” — that 17 former, high-level Interior officials from both parties, dating back to the Nixon Administration, wrote a letter decrying this move.

Unless this opinion is overturned, it will result in the death of countless more birds. Without having to worry about incidental but foreseeable harm to birds, companies can stop covering oil waste pits, retrofitting power lines to prevent raptor electrocution, and other common sense, affordable measures to protect wildlife. As a result of the Interior Department’s action, the U.S. Fish and Wildlife Service has followed up with a memo that it will no longer be enforcing the law against incidental takes of migratory birds including oil spills and other foreseeable and preventable disasters.

If this opinion stands, it could mean that:

It’s only a matter of time before companies start cutting corners on bird protections as regulators look the other way.

That is why the National Wildlife Federation is joining other conservation groups in filing suit to restore these protections for birds.

Common sense protections exist for a reason and many industry leaders understand the need. For instance, many wind developers have been working hard to protect birds, making strategic decisions when choosing sites that will limit bird collisions, using monitoring and technology to detect birds of concern, and often times curtailing (slowing or stopping) turbines when species of concern are in the area.

We hope responsible developers will continue to take protective measures, but we must ensure protections for migratory birds remain in place, as they have for the last 100 years.

Birds need the protection of this act, and the National Wildlife Federation is working hard to ensure the law enjoys another century of success.

This is for the birds, after all.

We invite you to share your opinion whether the Migratory Bird Treaty Act should remain in place and be enforced? Please vote and leave your comments at the bottom of this page.