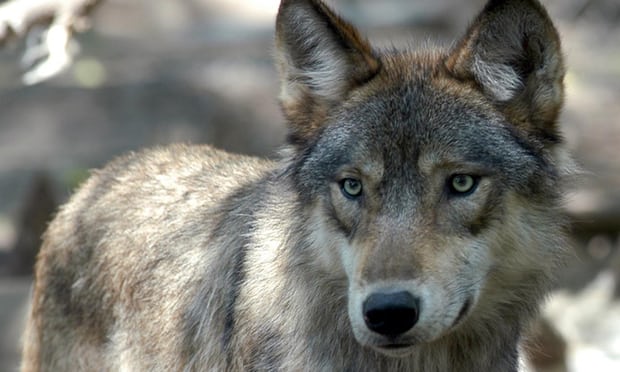 Republicans in the western United States have been trying to whittle away the Endangered Species Act (ESA) since Donald Trump took office. Under new proposals, wildlife managers would limit protections for species designated as “threatened” (a level below endangered), consider the economic costs prior to defending a species, and de-emphasize long-term threats such as climate change.

The proposals follow Republican bills and budget riders that would remove protections for gray wolves in the lower 48 states, exempt the greater sage-grouse from an ESA listing for 10 years, and increase state involvement in conservation decisions.

Those who study the ESA agree that reforms are needed – but the current proposals on the table are unlikely to solve the problems experts identify.

Robin Kundis Craig of the University of Utah says: “The focus should have been on endangered habitats from the beginning. By the time a species is named endangered, it’s a harbinger that something is wrong with the whole system.”

More than 1,600 species are listed as endangered or threatened, and the sage-grouse and others are nearing that threshold. Here’s how certain species might be affected:

The polar bear – and other threatened arctic species – face perhaps the greatest risk under Trump’s proposed approach. Limits on the “foreseeable future” land management officials can consider would leave animals threatened by climate change at the whim of shortsighted decisions. And, as with the sage-grouse, polar bear territory has been targeted by Trump for oil extraction, skewing the cost-benefit analysis in favor of industry, not the threatened bear.

Consider the sage-grouse this century’s spotted owl. A listing would aggressively curtail oil and gas production, so legislators and the administration are trying to avoid it at all costs. A defense-spending rider would prevent a listing for 10 years, while the interior department’s proposed rules mean any protections would be weighed against potential oil and gas profits. It’s clear why the bird has been so controversial: three-quarters of public parcels for sale in forthcoming leases sit in grouse habitat.

Since being reintroduced to Yellowstone national park in 1995, wolves have spread throughout the northern US. Much to the ire of ranchers who sometimes lose cattle or sheep to a hungry pack, the species now stretches from Washington to Michigan. But budget riders as well as proposed legislation would remove protection from wolves and end any chance of reintroducing the Mexican gray wolf to the south-west.

Conservationists talk about indicator species, and the delta smelt is certainly one. As northern California’s San Joaquin-Sacramento delta ecosystem has been replaced by farms and levees, the smelt – and the wetlands in which it thrived – have been vanishing. The fish’s current threatened designation means it would probably receive less protection under new regulations, as California’s farms and cities rely heavily on the fresh water smelt call home.

Warming waters, habitat destruction, and farm irrigation have caused salmon counts across the north-west to plummet, and Trump’s new rules could hinder any recovery. In the Klamath River basin, for instance, regulators must negotiate with farmers on how much water to send downstream during dry years. Threatened coho are more likely to lose out with the new rules, and they’re competing with two endangered species of sucker fish upstream. Holistic management of threatened species could help, but under a case-by-case approach, coho aren’t likely to make gains.

Momentum was on the grizzly’s side: about 700 bears live in the Yellowstone region, and another 1,100 are found near Glacier national park, prompting delisting for the former last year and a plan to do the same for the latter. But bruins in the North Cascades of Washington might not be so lucky. The interior department plans to build up a cadre of 200 bears there, but the House appropriations bill zeroes out funding for the effort. As existing populations improve, they’re likely to lose protection more quickly.

This article was first published by The Guardian on 26 Jul 2018.

Disgusting and such a disgrace. The human species is the far worced creature upon this earth. If you can put a price tag on something it’s game. I hate those greesy fingered bastards in all their greed. We are going to destroy all life upon this earth and bear witness to our own demise.