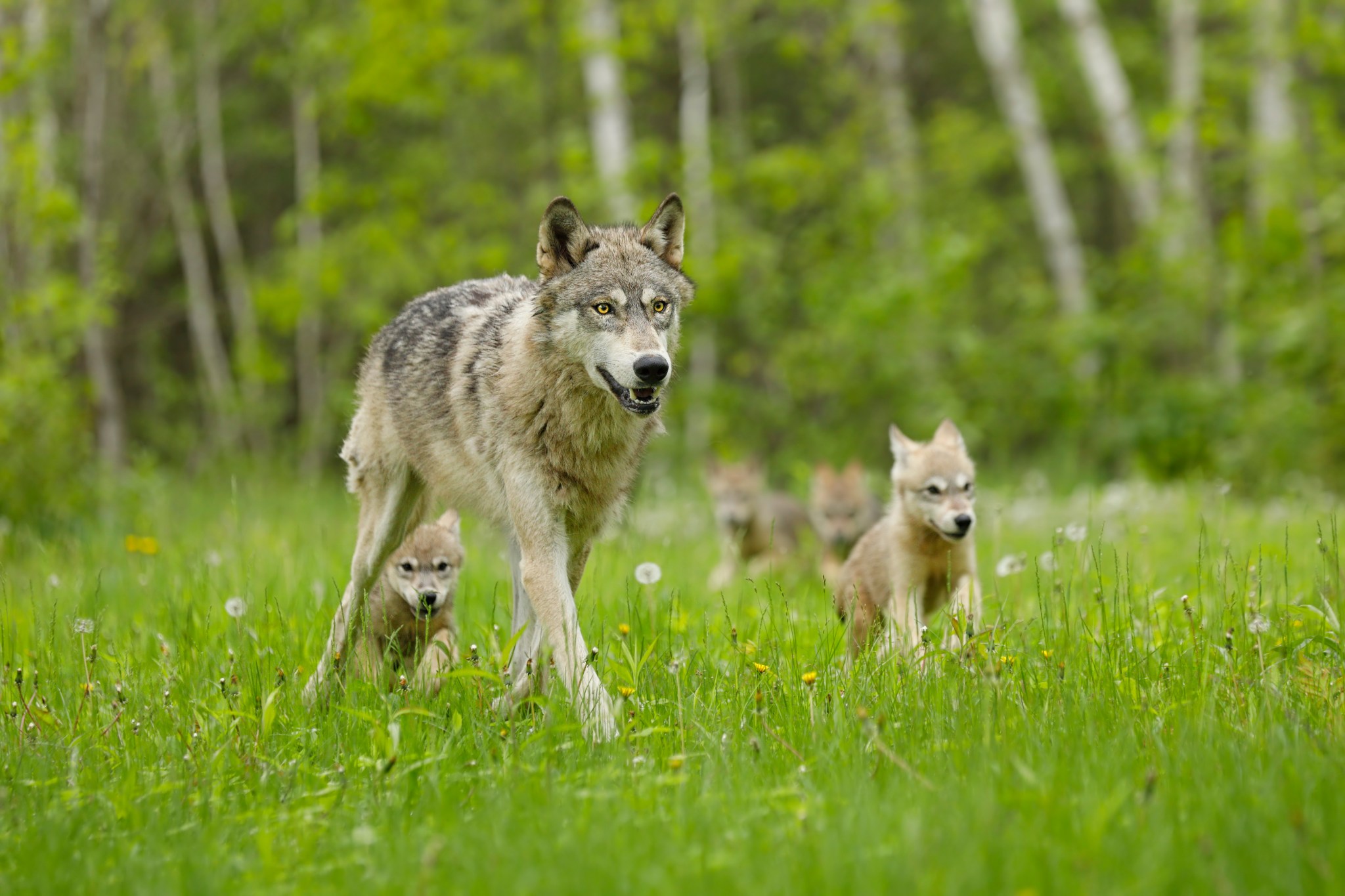 A troubling new press release by the conservation nonprofit Center for Biological Diversity reveals that U.S. Fish and Wildlife Services is ignoring an executive order to review the Trump Administration’s decision to delist Gray Wolves from the Endangered Species Act. In one of President Biden’s first executive orders, Federal Government agencies were asked to conduct a thorough review of controversial actions taken by the Trump Administration, including the widely criticized move of stripping federal protections from Gray Wolves.

“Instead of complying with this process, the Fish and Wildlife Service asserted in a letter signed by Gary Frazer, assistant director for ecological services, that the Trump administration’s rule removing Endangered Species Act protection from gray wolves in the lower 48 states remains valid,” the press release states. Rather than conducting an evidence-based review, U.S. Fish and Wildlife Services chose to simply state their position in a three-paragraph letter.

This controversy follows the ongoing widespread outrage that ensued when the Trump Administration announced the delisting of Gray Wolves in October 2020, removing federal protection and allowing states to decide the fate of this iconic species.

Gray Wolves were driven to the brink of extinction from the moment European colonizers arrived in North America, and have arguably remained the most divisive, polarizing, and politicized species in the U.S. This iconic species had a population of less than 1,000 individuals by the late 1960s, and likely would have reached extinction had it not been for their federal protection in 1978 under the lifesaving Endangered Species Act.

While wolf populations have climbed considerably since the initial passage of this historic law, they are still only beginning to gain a foothold in much of their original home territory. Wolf reintroduction in regions like Yellowstone National Park has proven to be immensely beneficial and has worked ecological wonders. Because anti-wolf sentiment is so prevalent in many rural ranching communities, conservationists argue that the Endangered Species Act served as a crucial protective barrier for a species already under pressure.

“Stripping protections from gray wolves in the lower 48 — before they have fully recovered and in the middle of a wildlife extinction crisis— was based on politics, not science,” said Bonnie Rice, endangered species campaign representative at the Sierra Club in a 2020 press release. “Gray wolves are still missing from vast areas of the country. Without endangered species protections, wolves just starting to return to places like California and the Pacific Northwest will be extremely vulnerable. Wolves are critical to maintaining the balance of natural systems and we are committed to fighting for their full recovery.”

The delisting of Gray Wolves is just one of over one hundred environmental and conservation regulations weakened or removed under the Trump Administration, in areas ranging from songbird protections to water pollution. Given that wolves are apex predators which play essential roles in their ecosystems, the reversal of this decision is seen as a high priority by many conservationists.
“It’s baffling that they went rogue by not even waiting till there was a new secretary of Interior to assess what happened under Trump,” said Center for Biological Diversity government affairs director Brett Hartl in the recent press release. “This is a slap in the face to the American public, who want scientific integrity restored to the government and to ensure that wolves are protected till they’re recovered across this country.”

The coming weeks and months will determine the fate of this iconic species; and showcase an ongoing battle between science, conservation, and politics. As environmental advocates continue to put pressure on U.S. Fish and Wildlife Services, the legacy of a historically persecuted species continues to hang in the balance.

Sign this petition to tell the Department of the Interior’s Fish and Wildlife Service that you oppose their proposal to delist gray wolves from the ESA.